I asked the owner of my boarding stable if I might be able to borrow some of her saddles and just set them on Chroi to see how they fit, and she said yes! So today I pulled out a few to try. 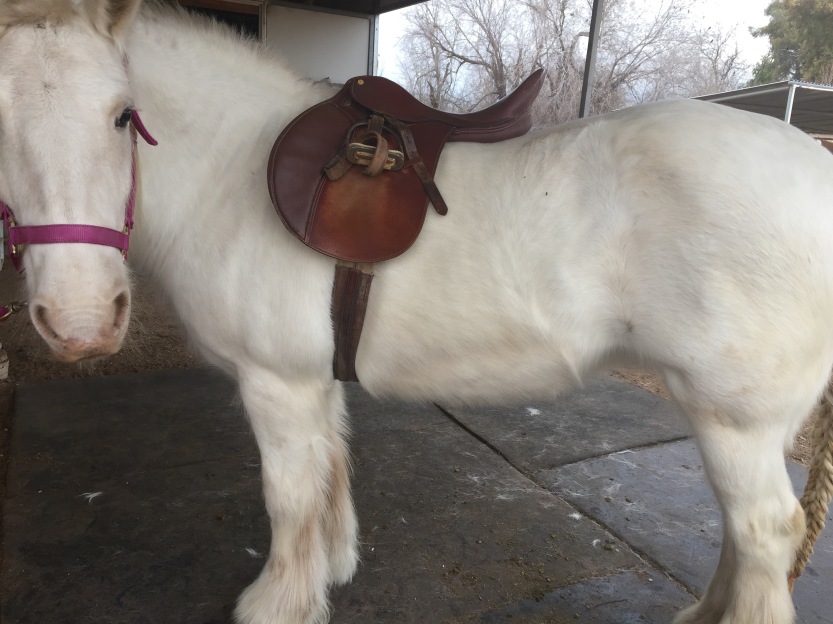 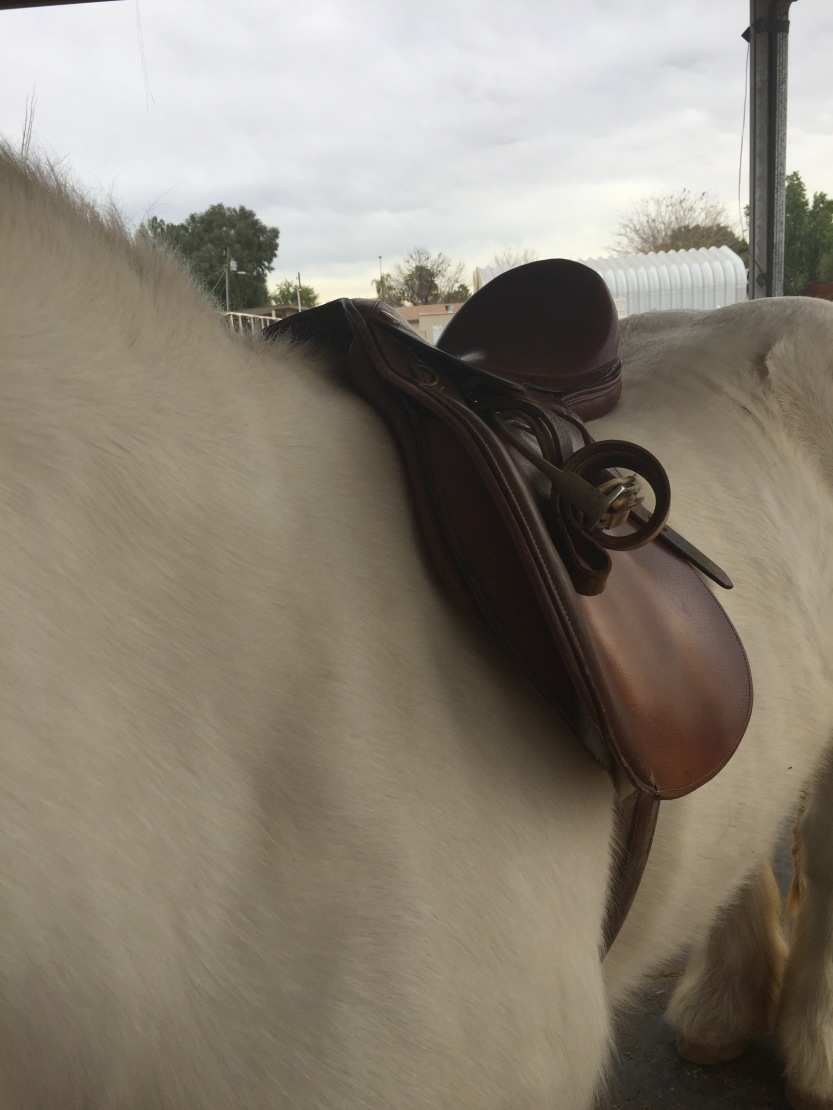 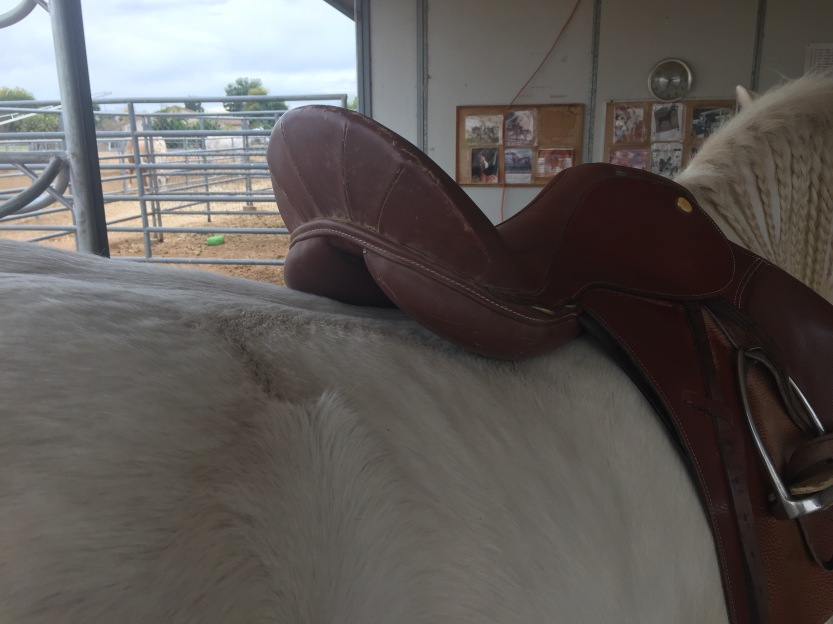 My background is primarily English riding.
I don’t want to ride Chroi English. Why, you might ask? Because I want a bit more protection and support between my fat ass and her back. 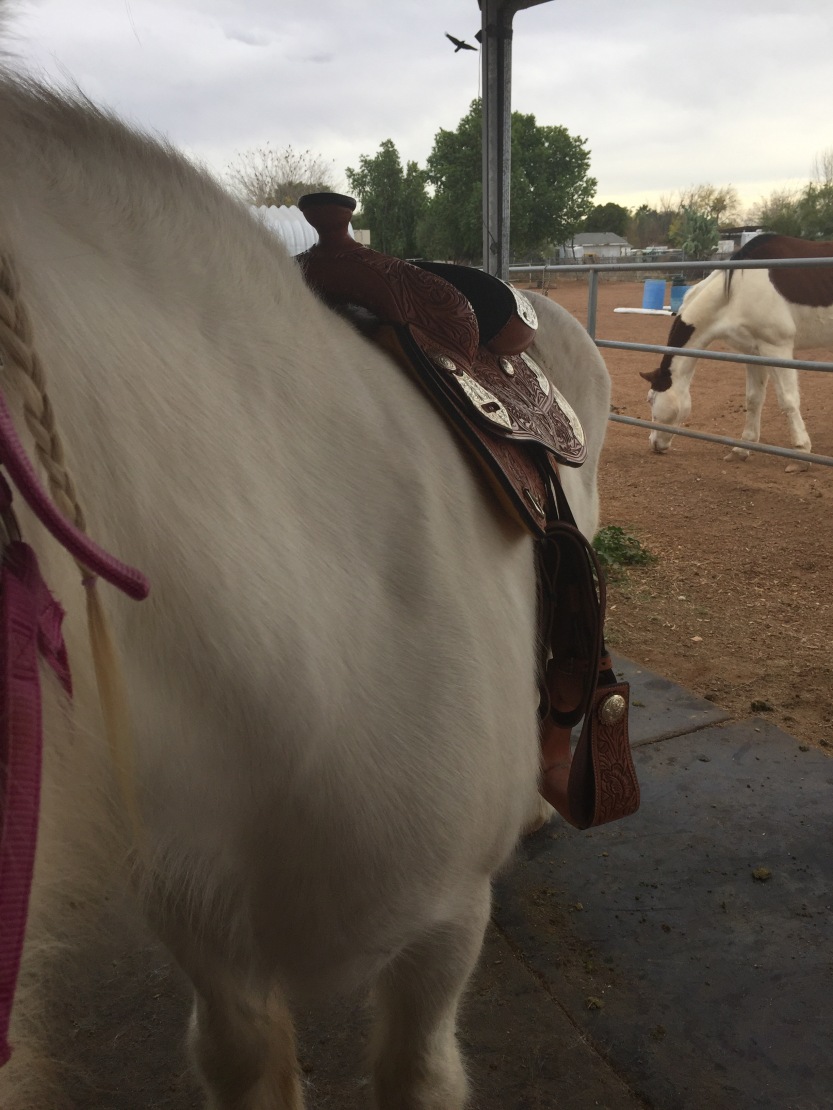 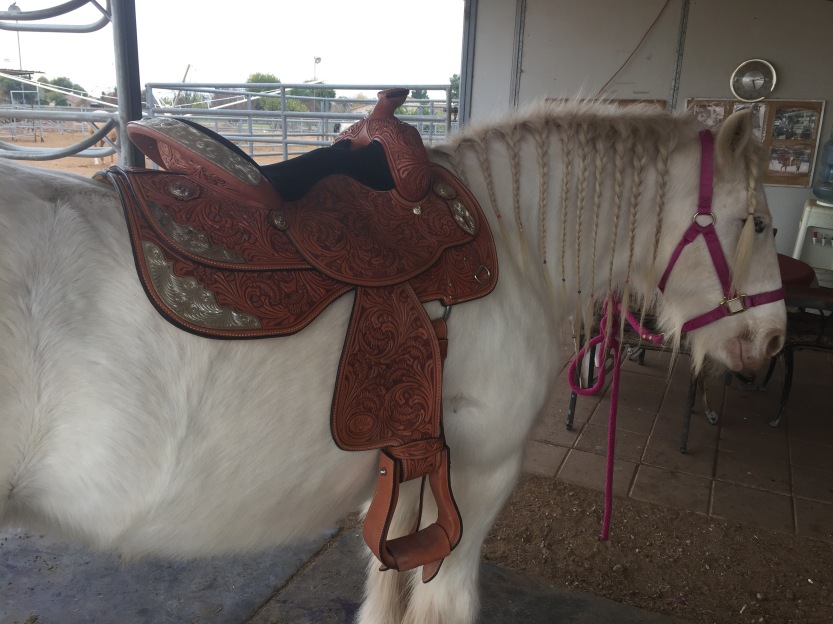 It’s so clear that this saddle doesn’t fit Chroi that it’s almost funny.
I wish I could explain well why it doesn’t fit, but I’m not sure I could give a good explanation. It’s riding low on her shoulder, and there’s a gap beneath the back of the saddle. These two things indicate that it’s not resting properly on her back; instead, it’s resting on her shoulders and “bridging,” and that’s bad. It will cause soreness on her shoulders, as well as in front of her hip where the “corner” of the saddle will ride when there’s weight in it. 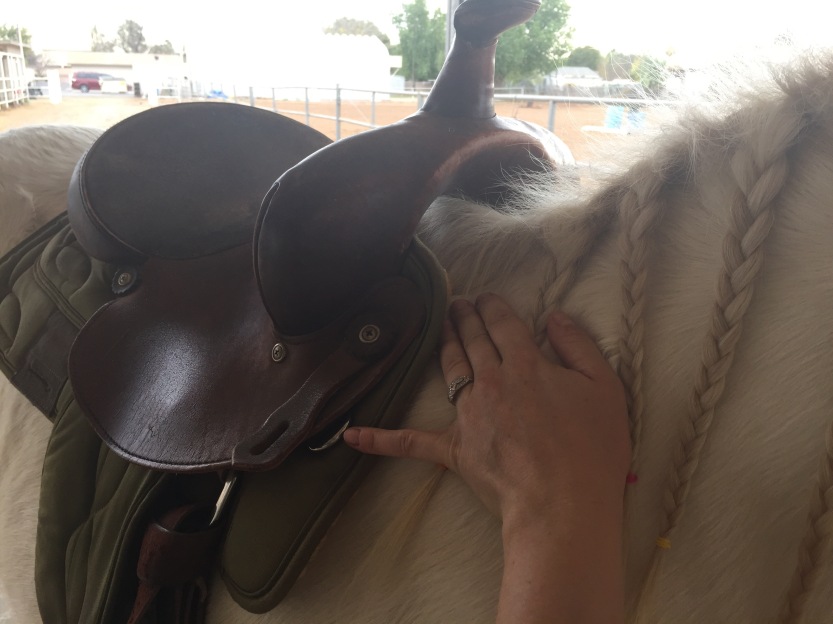 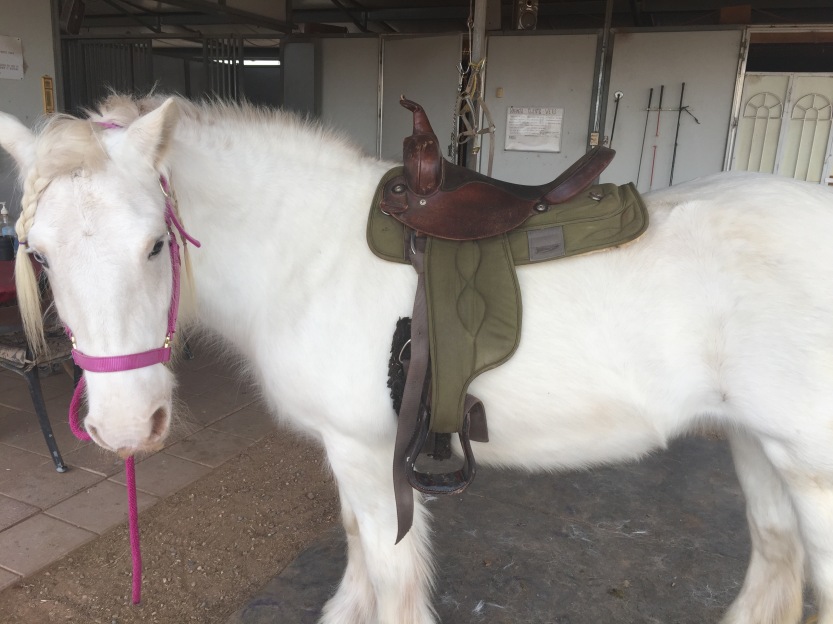 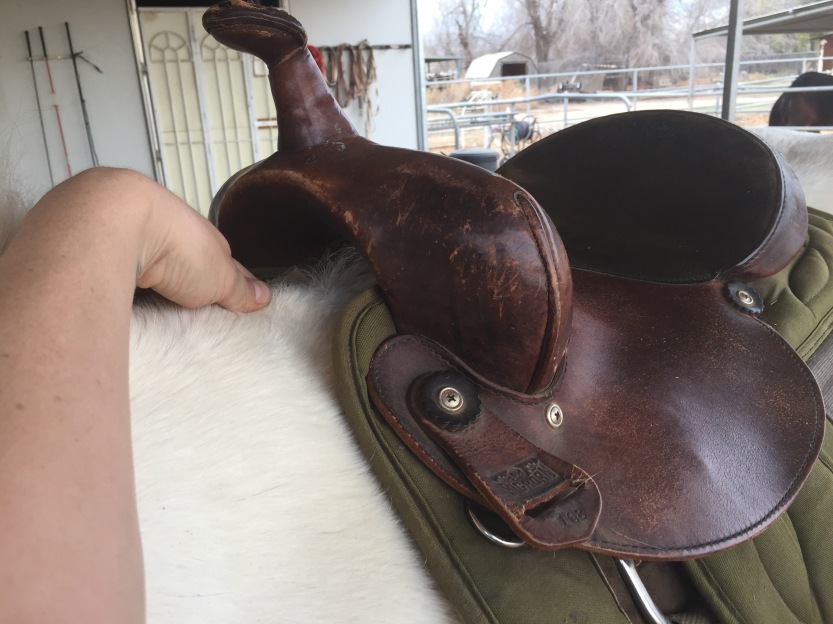 This saddle doesn’t fit either, but it’s the best of the three. It’s better through her shoulder and the gullet (the front) is high enough that there’s little risk that it will “sink” into her withers when there’s weight sitting in the saddle. If I had to pick one of these saddles to use on a short-term basis, this one would be it. 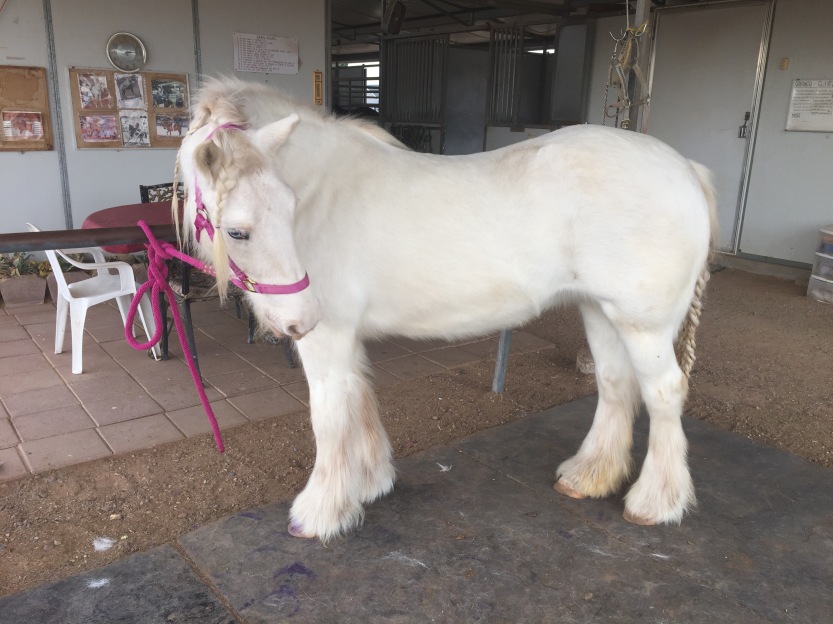