Monsoon adventures.
Today, where we drove yesterday.
Tonight we were blessed by visits from Coyote, Snake, Hawk, and this beautiful sunset. #humbled
Always working on:
This kid! THIS! KID! 🏆😍
Once upon a kingdom, in a time far far away, there was a Princess and her Prince. The Prince loved his Princess very much, and the Princess knew this because the Prince gifted her a mountain bike; not only did he gift it to her, but he customized it especially for her. His love was indeed great, for he journeyed with her every day as together they navigated rocky, sandy, thorny desert terrain and made offerings to the trail gods. 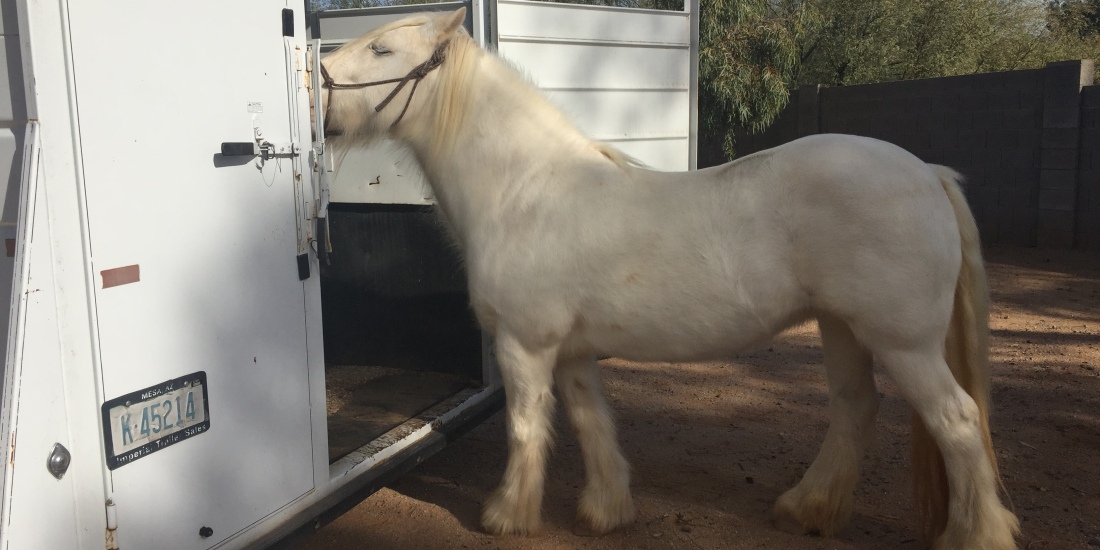 It’s been two days since our unicorn was moved into her new home with us. I barely slept the night before the big moving day.

I was a wreck the day we moved her. I knew Heidi would be emotional, and I was emotional too. I felt everything from guilt for taking her from her loving family (I still feel heartbroken about it, to be honest), to deep doubts about my sanity regarding the decision to buy a horse, to elation at the thought of getting to love on her forever. I was a shaking bundle of nerves. 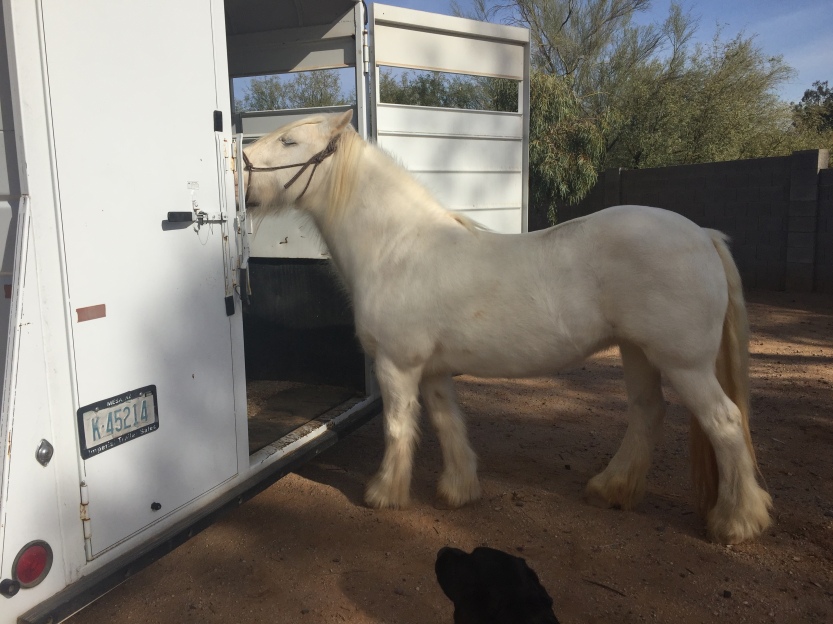 (above photo) Hmm. What’s this?

(above) Thinking about it…

(above) A little incentive never hurts.

(above) Taking a look around. All was going pretty well so far. We were taking our time and letting Chroi go at her own pace. She was being good, and she went in.

Then everything went a bit sideways. I don’t know what happened, but Chroi suddenly pulled back and panicked. She was almost hanging out of the trailer by her halter, the quick-release didn’t do its job and the moment stretched for etermity. It was a scary and a thousand worst-case scenarios flashed through my brain in an instant, although everyone remained level-headed. Heidi, in the trailer, got Chroi unclipped from the trailer tie and Chroi shot backwards out of the trailer. After that, we fought for about 45 minutes to get her back in.

Lessons learned:
1. Do not trailer a horse in a rope halter.

At least, not a rope halter with a lead line attached. You need to be able to clip the horse to the quick-release tie and you can’t do that with a lead rope in the way. Also, I don’t think it’s a good idea to leave a lead rope on a horse in a trailer.

2. Use a quick-release tie that WORKS.

When Chroi pulled back she should have been able to release the quick-release tie. Instead she just hung there by her head, panicked and unable to get out of a very bad situation.

3. Close the gate as soon as the horse is loaded.

We found another halter for her and finally got her loaded, but not before a little frustration and a lot of sweat and effort.
We left her loose in the box. She’s traveled that way in the past. I know some won’t agree with trailering a horse that way, but I don’t mind making “unorthodox” choices like that when it’s made with solid knowledge of the horse’s experience and temperament.

(above) In the trailer, getting one last look before she heads to her new home. She got quite a workout refusing to load and fighting us, she worked up a pretty decent sweat!
She got a few more scratchins from her family, and we were off.

(above) Upon arrival. Along with the dirt and sweat of getting her loaded, we think she spent some time lying down in the trailer during the trip. Look at that dirty unicorn!
Also check out my favorite t-shirt: “Unicorns are my spirit animal.” Truth!

I turned her out in the arena and let her blow off some steam and have a look around. It was just glorious to watch her run. She spent some time prancing and then she walked over to stand near me and claim her rightful place as Queen of All She Surveys.

The place where I’m keeping her isn’t the greatest, but it’s not bad. There are definitely pros and cons, and I chose it because the biggest “pro” is that it’s close to my house. So close, in fact, that I’ve been to see her twice every day so far. That’s the way (uh huh, uh huh) I like it. I stopped by this morning to give her a carrot and a scratch. I LOVE that I can do that!